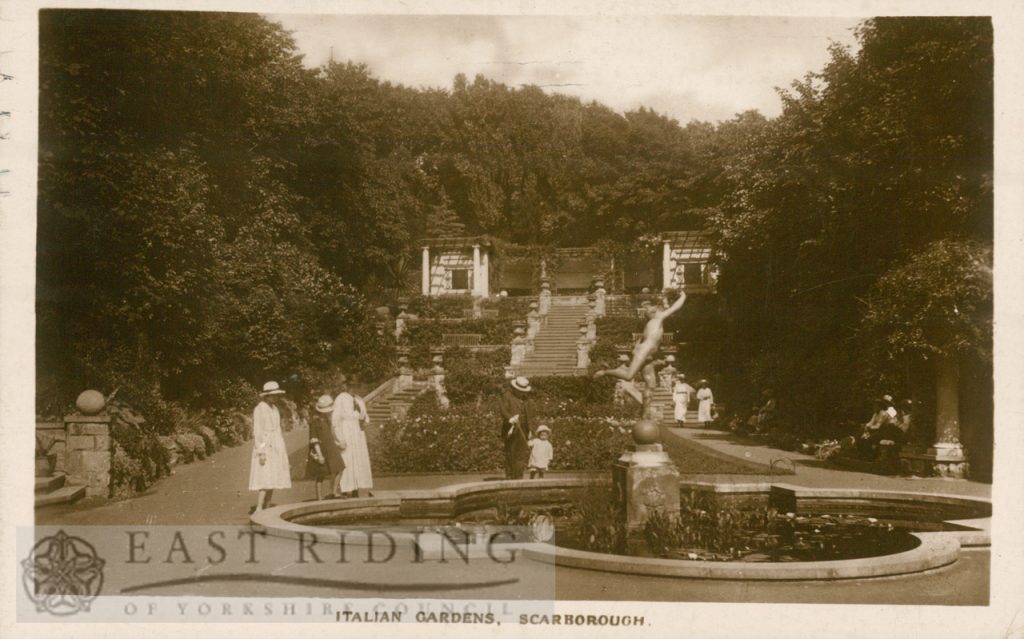 Peaceful South Cliff Italian Gardens, one of Scarborough's hidden treasures, boast wonderful views over the the town of and its bay. The gardens were laid out in the early twentieth Century by Harry W Smith the noted landscape designer. The gardens occupy part of the former Belvedere Gardens which had belonged to George Lord Beeforth until 1912. The colourful and sheltered Italian gardens feature formal planting seating and a fishpond watched over by a statue of the Roman God Mercury. As well as the well tended Italian gardens, there is also a nearby Rose garden, and a miniature garden. Since 2002 the South Cliff Gardens have been included on English Heritage's Register of Historic Parks and Gardens at grade 2 in recognition of their architectural and historic interest. The gardens are situated half way down the cliff and are reached by climbing up from the promenade or down from Southcliff parade. http://www.yorkshireguides.com/south_cliff.html 1920s • Gardens • People • Scarborough • Towns •

Have you a story about this image? Cancel reply

Other Photos Near Map